Apologies for the lack of posts here, I know I have been completely useless at updating this blog. This summer hasn't been too good, however. I don't want to go into more detail here, let's just say that I haven't exactly been in the mood for posting here. I've been pretty rubbish with sending postcards as well for the past few months, and as a result, haven't had many back. ...which is why I was so surprised to find this postcard from Jobbo in my mailbox earlier this week. I wasn't expecting anything like this at all! Thank you a million, Jobbo, you really cheered me up! 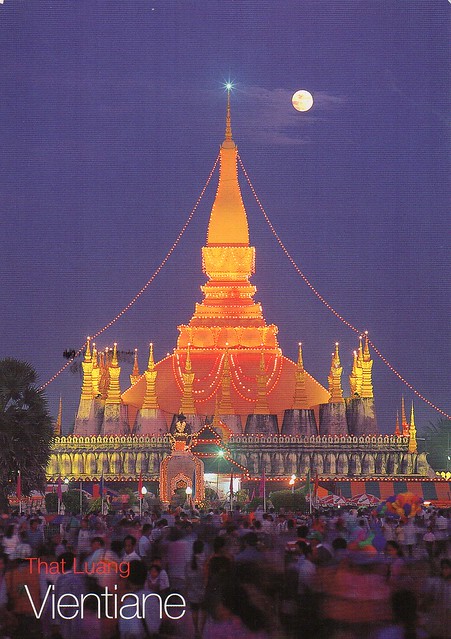 Vientiane is the capital and largest city of Laos, on the banks of the Mekong River near the border with Thailand. Vientiane became the capital in 1563 due to fears of a Burmese invasion. Vientiane was the administrative capital during French rule and, due to economic growth in recent times, is now the economic centre of Laos. The estimated population of the city is 760,000 (2015).

Pha That Luang is a gold-covered large Buddhist stupa in the centre of Vientiane, Laos. Since its initial establishment, suggested to be in the 3rd century, the stupa has undergone several reconstructions as recently as the 1930s due to foreign invasions of the area. It is generally regarded as the most important national monument in Laos and a national symbol. Vientiane's most important Theravada Buddhist festival, "Bun That Luang", is held here for three days during the full moon of the twelfth lunar month (November). 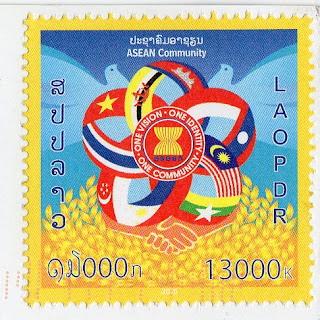