Yeah, just a couple of cards again for today. This one's pretty special as well, my first postcard from Afghanistan, although not mailed using Afghan stamps but mailed from a US army base. Still, I'm really happy to have this one in my collection, and it's a Unesco card as well! :) Thank you so much for the swap, Jon! Afghanistan, officially the Islamic Republic of Afghanistan, is a landlocked sovereign state forming part of South Asia, Central Asia, and to some extent Western Asia. It has a population of around 30 million inhabiting an area of approximately 647,500 km2, making it the 42nd most populous and 41st largest nation in the world. It is bordered by Pakistan in the south and the east, Iran in the west, Turkmenistan, Uzbekistan, and Tajikistan in the north, and China in the far northeast.

Afghanistan has been an ancient focal point of the Silk Road and human migration. Archaeologists have found evidence of human habitation from as far back as the Middle Paleolithic. Urban civilization may have begun in the area as early as 3,000 to 2,000 BC. Sitting at an important geostrategic location that connects the Middle East culture with Central Asia and the Indian subcontinent, the land has been home to various peoples through the ages and witnessed many military campaigns, notably by Alexander the Great, Arab Muslims, Genghis Khan, and in modern era Western forces. The land also served as a source from which the Kushans, Hephthalites, Samanids, Ghaznavids, Ghorids, Mughals, Durranis and others have risen to form major empires.

The political history of the modern state of Afghanistan begins in 1709 with the rise of the Pashtuns, when the Hotaki dynasty was established in Kandahar followed by the rise of the Durrani Empire in 1747. In the late 19th century, Afghanistan became a buffer state in the "Great Game" between British India and the Russian Empire. Following the 1919 Anglo-Afghan War, King Amanullah began a European style modernization of the country but was stopped by ultra-conservatives. During the Cold War, after the withdrawal of the British from neighboring India in 1947, the United States and the Soviet Union began spreading influences in Afghanistan, which led in 1979 to a bloody war between the US-backed mujahideen forces and the Soviet-backed Afghan government in which over a million Afghans lost their lives. This was followed by a 1990s civil war, the rise and fall of the extremist Taliban government, and the 2001–present war. In December 2001, the United Nations Security Council authorized the creation of the International Security Assistance Force (ISAF) to help maintain security in Afghanistan and assist the Karzai administration.

Three decades of war made Afghanistan one of the world's most dangerous countries. While the international community is rebuilding war-torn Afghanistan, terrorist groups such as the Haqqani Network and Hezbi Islami are actively involved in a nationwide Taliban-led insurgency, which includes hundreds of assassinations and suicide attacks. According to the United Nations, the insurgents were responsible for 80% of civilian casualties in 2011 and 2012.

As for this postcard, it shows the Cultural Landscape and Archaeological Remains of the Bamiyan Valley. Ignoring an international outcry, the Taliban began demolishing statues across the country in 2001, including two towering ancient stone Buddhas. Militiamen virtually destroyed the almost 2,000-year-old Buddhist masterpieces in the central province of Bamiyan, including the world's tallest standing Buddha measuring 50 metres.

Time for another wee post, long overdue again. Oops.. I received this beautiful card from dear Snježana earlier this year from her holiday in Bulgaria. It must be lovely there! Bulgaria, officially the Republic of Bulgaria, is a country located in Southeastern Europe. It is bordered by Romania to the north, Serbia and Macedonia to the west, Greece and Turkey to the south, and the Black Sea to the east. With a territory of 110,994 square kilometres, Bulgaria is Europe's 14th-largest country.

Organised Prehistoric cultures began developing on Bulgarian lands during the Neolithic period. Its ancient history saw the presence of the Thracians, and later the Greeks and Romans. The emergence of a unified Bulgarian state dates back to the establishment of the First Bulgarian Empire in 681 CE, which dominated most of the Balkans and functioned as a cultural hub for Slavic peoples during the Middle Ages. With the downfall of the Second Bulgarian Empire in 1396, its territories came under Ottoman rule for nearly five centuries. The Russo-Turkish War of 1877–1878 led to the formation of the Third Bulgarian State. The following years saw several conflicts with its neighbours, which prompted Bulgaria to align with Germany in both World Wars. In 1946 it became a single-party Socialist state as part of the Soviet-led Eastern Bloc. In 1989 the ruling Communist Party allowed multi-party elections, which subsequently led to Bulgaria's transition into a democracy and a market-based economy.

Bulgaria's population of 7.36 million people is predominantly urbanised and mainly concentrated in the administrative centres of its 28 provinces. Most commercial and cultural activities are centered on the capital and largest city, Sofia. The strongest sectors of the economy are heavy industry, power engineering, and agriculture, all of which rely on local natural resources. 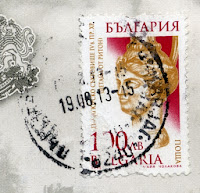